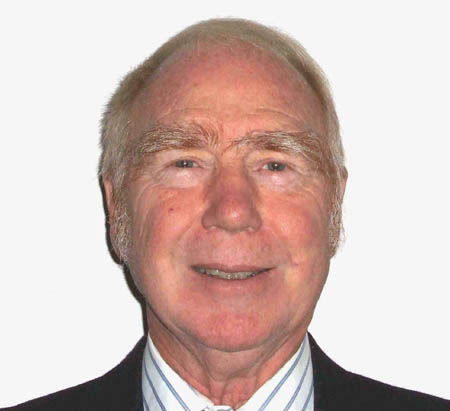 By 2008, Frederick had worked about 15,000 hours in his retirement putting together the book, Eyewitness to the Origins, the comprehensive guide to what the bible really says concerning the origins.  Since then, more books have been written as more technical mysteries have been discovered in the bible, and solved by the comparison to what modern science has discovered thousands of years after those mysteries were recorded in the ancient Hebrew Scriptures.  This led to the criticism that his work was simply another reinterpretation of the bible to agree with science.  However, over ten years after publication of that book, modern science began to publish discoveries of technical information that Frederick had already recognized in the biblical origin accounts and published in that book before their discovery by modern science.  This is verification by modern science that his work is not simply reinterpreting the bible to agree with modern science.  At the time of his recognizing the technical information in the bible, there was no modern science for his work to agree with.  Thus, the prepublication of technical information in ancient scripture and its recognition before it is independently discovered by modern science is new scientific evidence that the technical information in those biblical creation accounts is not of human origin, scientific evidence for the actual existence of God.  His ultimate goal is to spread the word that you no longer have to believe the bible in spite of science, you can believe it because of science.

AnOldScientist (Max B. Frederick) is a real scientist. He has been a scientist all his life. Born in1938, raised in Southern Oregon where he remembers being one of the kids that were the only WWII early warning radar system there was. With a hand card of airplane outlines for identifying enemy aircraft they visually watched the skies. That was after the family fled WWII blackouts in Southern California where he remembers, at the age of five, really putting them in the dark by blowing the light fuse in the basement with one of his electrical experiments. At Sams Valley School, in the third grade, the teacher gave AnOldScientist (he was a young scientist then) time to work alone in the science room where he made a crystal radio set.
AnOldScientist is also a theologian specializing in solving scientific mysteries where technical information is recorded in the bible before that same information was independently discovered by modern science, such things as is of interest to geology about how the continents were formed.
You see, as a scientist, recognizing and exploiting technical information is his specialty. While in the Army Security Agency, and throughout a thirty year career in Silicone Valley, he disappeared into the military/industrial complex where if we told you about it, we would have to shoot you. But it sharpened his skills at recognizing information where others see only data.
He is also an inventor. Look him up in the patent office records and you will find five United States patents where he is the inventor. The subjects of the patents range from how to identify your cell phone, and you, when both the cell phone and you are trying to lie about their identity, to the basic electrical nature of water. How do you direct lightening to strike at a certain place at a certain time? Ask Elijah. He did not know, he was just following the directions of some extra-terrestrial being out to prove his own existence. But Elijah did record enough details to prove to us today whoever was directing him knew a lot about the electrical nature of water.
Why does putting a magnet on your water pipe remove lime scale? None of that hocus-pocus you read about structured water is the answer. The secret is in the melding of the sciences of the crystallography of geology and the electrical nature of water. It takes an electro-geologist-scientist to figure it out. That makes AnOldScientist unique.
AnOldScientist eventually finished working his way through college with a degree in Geology and the requirement for a minor waived because he had the equivalent of a minor in theology, which San Jose State did not offer. It only took thirteen years and seven different colleges as he was already working as a full time scientist.
AnOldScientist is also a writer--has been for a long time--it's just that the stuff he wrote during his over thirty years in the military/industrial complex was the kind of stuff that is sometimes referred to as being so secret that you have to "burn before you read."
But the most fun, and most important has been in his retirement where he retired long ago at the age of fifty-six while he was still a young scientist.
AnOldScientist is approaching the ripe old age of eighty years old and his rate of book writing is increasing, but not fast enough to finish all the stuff there is to write about before he leaves this world. "The Origin of the Continents: An Introduction to the Lithologic Cycle," (1996) was inspired by a question on a structural geology mid-term exam many years earlier. "Eyewitness to the Origins" (2008) was the result of 15,000 hours of scientific study (that's equivalent to seven and a half years of full time scientific study. "How the Earth was Formed" (2014) explores further that aspect of the many creation accounts of the bible all combined into one super account that reveals the originator of the bible knew a lot about what modern science is currently learning. "The Mystery of Psalm 104" (2014) is just one of the many technical mysteries of the bible that are recognizable as evidence for some super (extra-terrestrial) intelligence being behind the origin of the Judeo-Christian Bible.
Many Technical Mysteries remain unexplored: The Mystery of The Physical Features of God, The Mystery of The Non-Consuming Fire, The Mystery of Elijah's Fire from Heaven, The Mystery of The Cherubim, The Mystery of the Origin of the Book of Genesis, The Mystery of the Tree of the Knowledge of Good and Evil, The Mystery of Eternal Life...

Added August, 2021:  As Frederick approached his original expiration date of about 80 years of age, his life was extended by quadruple by-pass heart surgery.  It was after that time, that modern science began publishing their own discovery of some of the items of technical information that Frederick had previously recognized in the ancient scriptures and published in his book. Eyewitness to the Origins.  See the two publications made since that time:


Max B. Frederick, an Old Scientist.